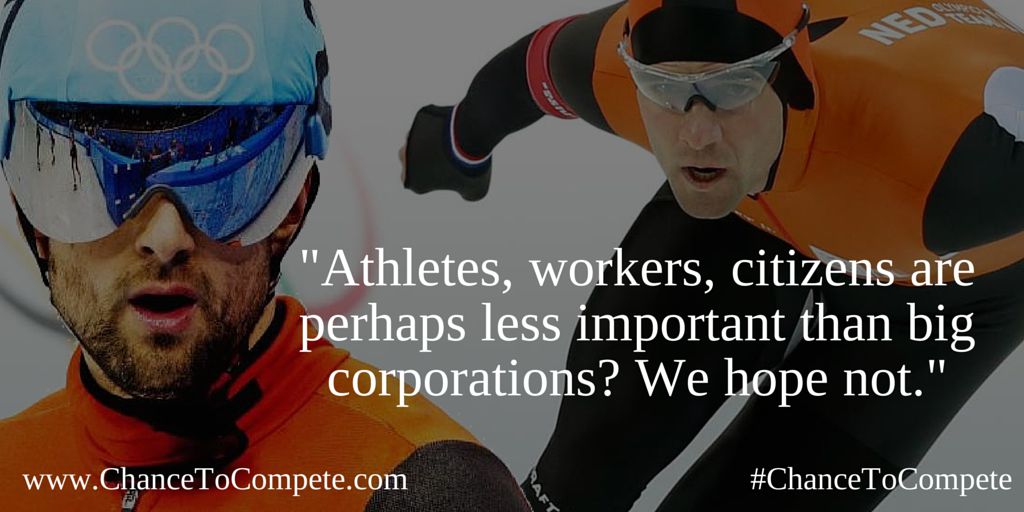 This case, which EU Athletes has supported from the beginning, is of great importance for every athlete and player. At its heart are the rights of athletes to compete and to take advantage of their commercial opportunities, but also athletes’ access to justice and the right to be protected by EU laws as citizens and workers.

When analysing the case at stake, the reality of the sport industry must be duly considered. The sport sector is marked with a huge power imbalance between the athletes and the sport governing bodies such as the ISU. What is more, those organisations operate within an inherent risk of conflict of interest due to their dual function. It is crucial to set limits to the powers of monopolistic sport organisations in order to make sure that their actions are not detrimental to the market, the athletes, the fans and the sport itself.

In sports such as ice skating, the World Championships and the Olympic Games are the pinnacle of any athletes’ career. It is hard to imagine the athletes would risk a chance to participate and win medals at these events to compete in third party event. The sport organisations should not in any case be allowed to threaten athletes with severe sanctions with a clear goal to effectively prevent third parties from organising events.

Furthermore, it is important to note that the international sport arbitration in its current form, embodied by the forced CAS arbitration, including its impartiality and independence, is widely contested by athletes and their representatives worldwide.

While awaiting the decision of the Court, our thoughts go back to the very beginning of the case. It started with two brave speed skaters, Mark Tuitert and Niels Kerstholt, who decided to fight the injustice they faced while practicing their sport – not for themselves, but for the future generations of athletes. We trust that the rights of athletes will prevail and that the opportunity that the decision in this case has to improve the sport sector will not be lost.