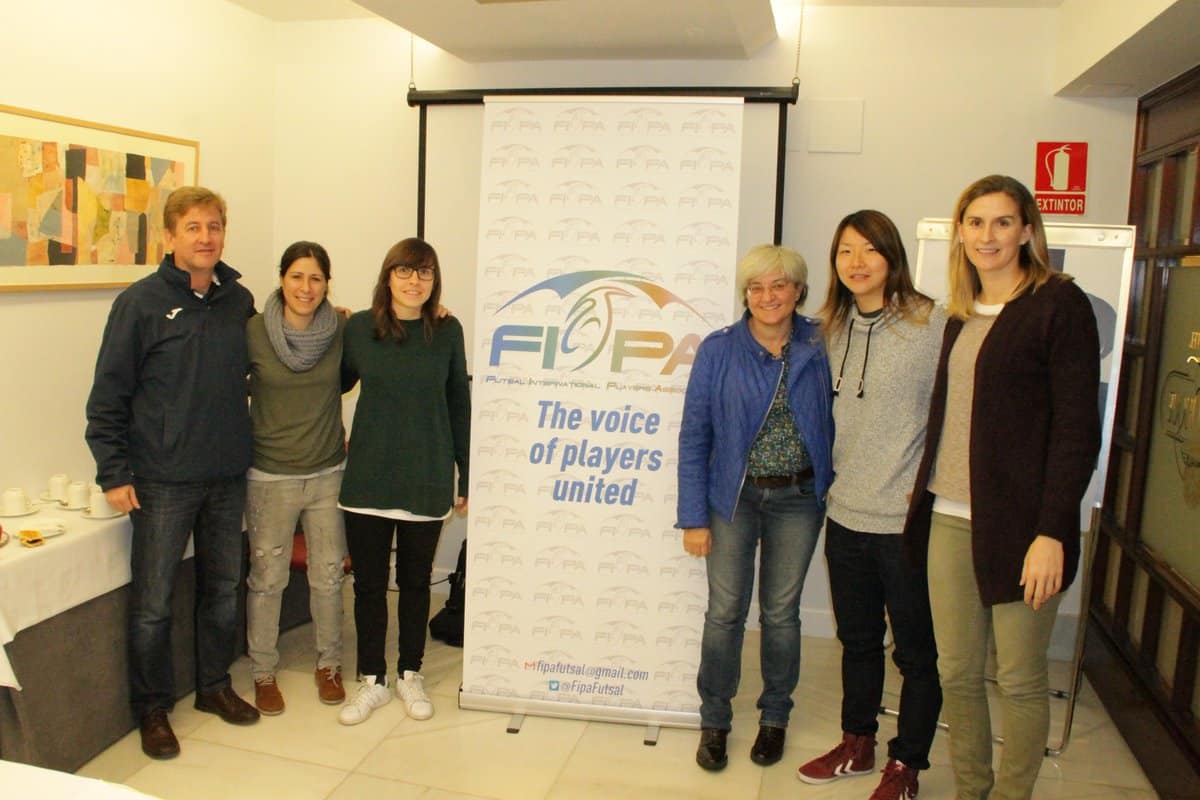 The main goal of this association, registered in Spain, is to act as FIFA’s interlocutors for the development of women’s futsal. FIPA is formed by well-known international players such as Jozi Oliveira from Brazil, Shiori Nakajima from Japan and Lorena Rubio from Spain among others.

FIPA was constituted on the 15th of December, the main objective being to act as relevant partners and to work on the development of women’s futsal. The association is made up of international players such as Jozi Oliveira from Brazil, Shiori Nakajima from Japan, Lorena Rubio from Spain. The project also includes the President of the Spanish Women’s Futsal Association & Vice president of the European Elite Athletes Association Natalia Orive, the lawyer expert in sports laws, María José López González, as well as the President of the Spanish Men’s Futsal Association, Antonio García-Plata. This association wants to reach the maximum number of female players worldwide, knowing in what way their work is carried out and to promote women´s futsal at all levels women’s. Hence, different nationalities are represented on the Board of Directors.

Currently, this sport suffers from direct discrimination as there are no official competitions nor development programs for the inclusion and development of female football players in the field of futsal. Futsal modality is under FIFA´s protection: men´s futsal have their right to tournaments and official competitions, with the exception of women’s futsal. Recently there has been an Asian Cup and South American Cup Tournament “officially” but without information and promotion. A European Championship is foreseen for 2019 for the first time in the history created by UEFA, however at international level the approach and the strategy for futsal is unknown. There is no response from FIFA despite the serious consequences on women in futsal such as the lack of:

Not being recognised is giving rise to nonexistent leagues, non-regulation of the competition schedule of existing leagues, causing tournaments in different continents to coincide, such as the Asia Cup, American Cup and 4 Nations Tournament. In these cases, players must choose between leaving their leagues to play with their national team or not play with their national team and therefore the regular league in which they are. And so, they are not considered as elite athletes by not competing officially, leading to precarious sport conditions and jobs.

FIPA is the only existing futsal organisation which is international. It was formed to facilitate the interlocution of federations of all continents and create delegations in every country The key role of this association belongs to the players: they decide which issues and needs are relevant in women´s futsal. Our main goal is that players are treated with respect and equality as professional athletes and that official female futsal competitions are recognised.