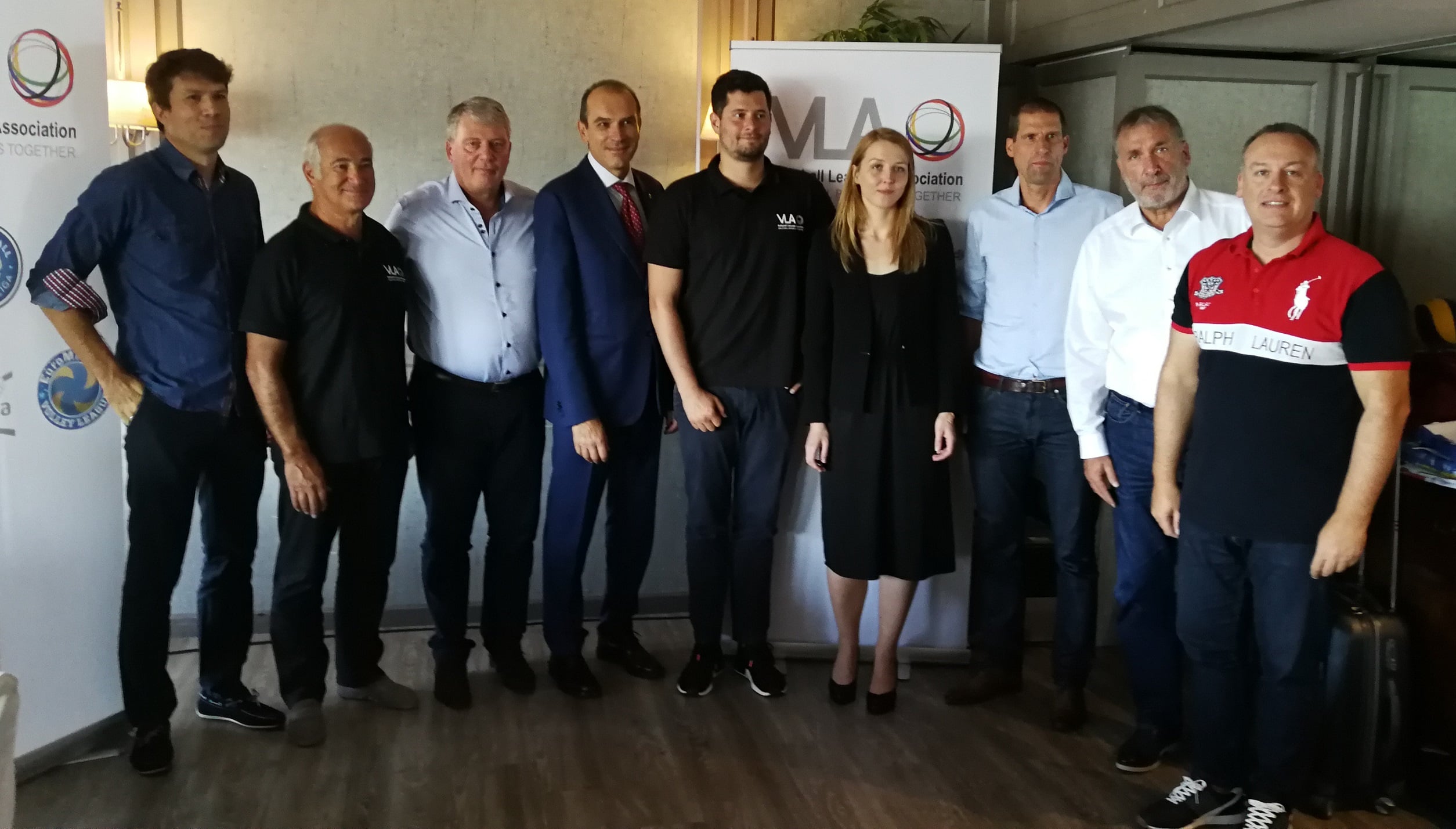 EU Athletes representation, composed of Paulina Tomczyk (General Secretary), Vasilis Minoudis (HPVPA) and Stijn Boeykens (ACV Sporta) was hosted by the Vollayball Leagues Association (VLA) during its meeting in Athens, Greece, on the 11th of September 2018.

VLA was set up earlier this year and brings together national volleyball leagues from Belgium, France, Italy, Germany, Greece and Poland. EU Athletes represents a number of volleyball players unions and associations and is favorable of having a constructive relationship with the employers organizations and working on enhancing its representation and involvement in volleyball at the same time. For Paulina Tomczyk: “Social dialogue at the European level would surely be beneficial to the sport of volleyball in Europe and the players that EU Athletes represents. It offers a possibility to shape common standards and address problems related to working conditions in a participative way, where interests of stakeholders can be properly represented”.

During the meeting, VLA and EU Athletes agreed to work together to set a framework for collaboration. Official agreement will be defined and concluded after the formal approval from both organizations. Five precise topics have been already brought up, such as contracts, non-EU players, transfers rules, regulations for players’ managers, calendars focusing on proper rest periods and health, participation of the athletes in the national teams in regards to their employment.