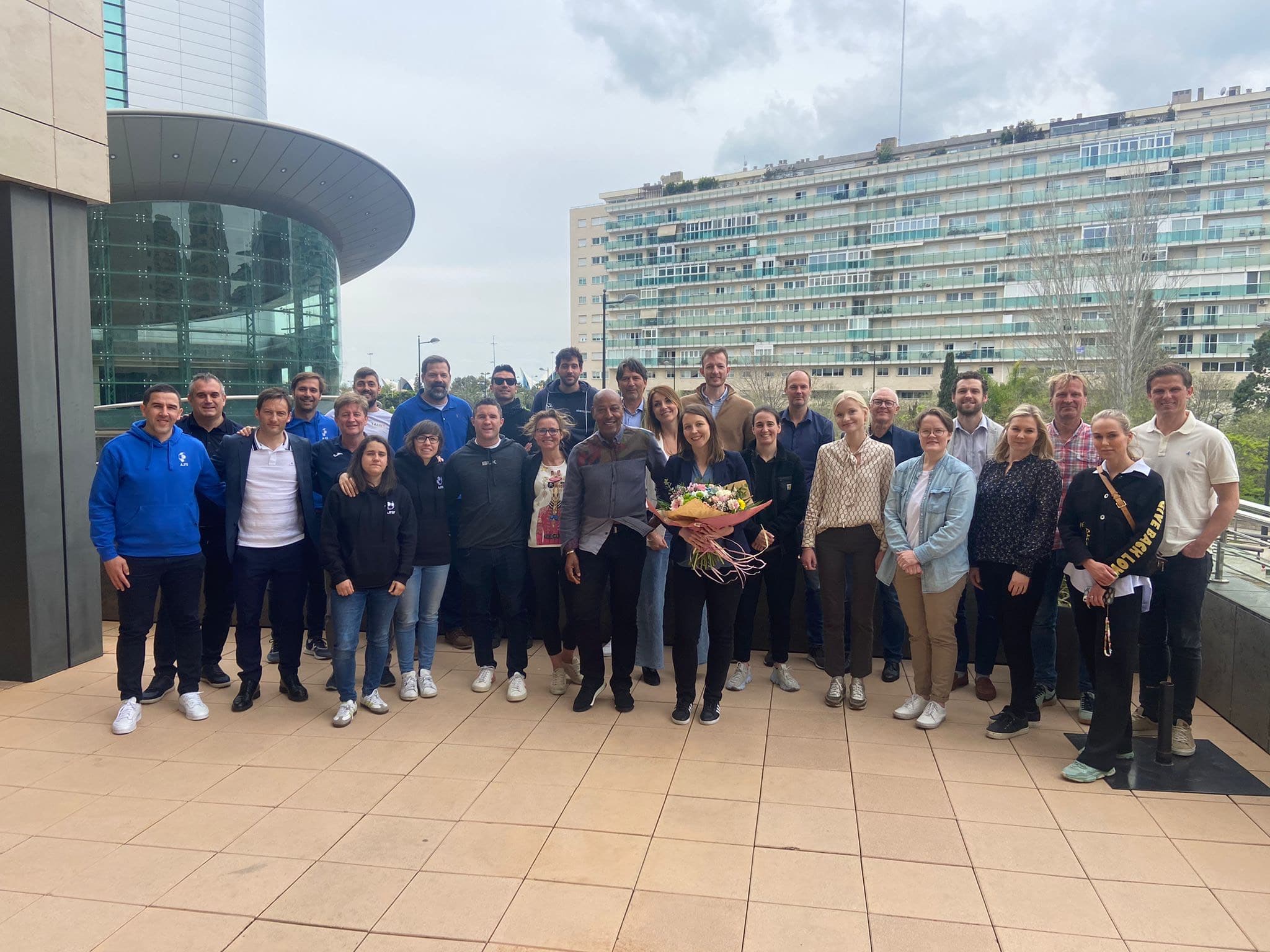 After two years of online meetings caused by the Covid-19 pandemic, EU Athletes members were happy to meet in person for the 2022 General Assembly. The event took place last Friday, the 22nd of April 2022 in Valencia, Spain and gathered over 30 representatives of player and athlete unions and associations from different sports and countries in Europe.

The participants reflected on the work and achievements of the association advancing the rights and interests of the European athletes over the last year, including Erasmus+ projects, advocacy work or the ISU case. Topics discussed also included the Russian invasion on Ukraine, place of player associations in the sport governance and the impact of Covid-19 pandemic on athletes and their associations. The General Assembly was an opportunity to discuss the policy and future priorities, following an exchange on the draft of the new Common Position Paper, as the document adopted in 2018 is under revision.

During the Assembly, Brendon Batson (PPF) and Natalia Orive (AJFSF) were re-elected to the Board for next 3 year terms. Tom Parsons (GPA) and Mark Leroy (UA) were elected as new members for terms of 3 years and 1 year respectively. During the Board meeting tat took place directly after the General Assembly and recognizing their leadership in the previous years, Brendon and Natalia were re-elected as the President and Vice President of EU Athletes.