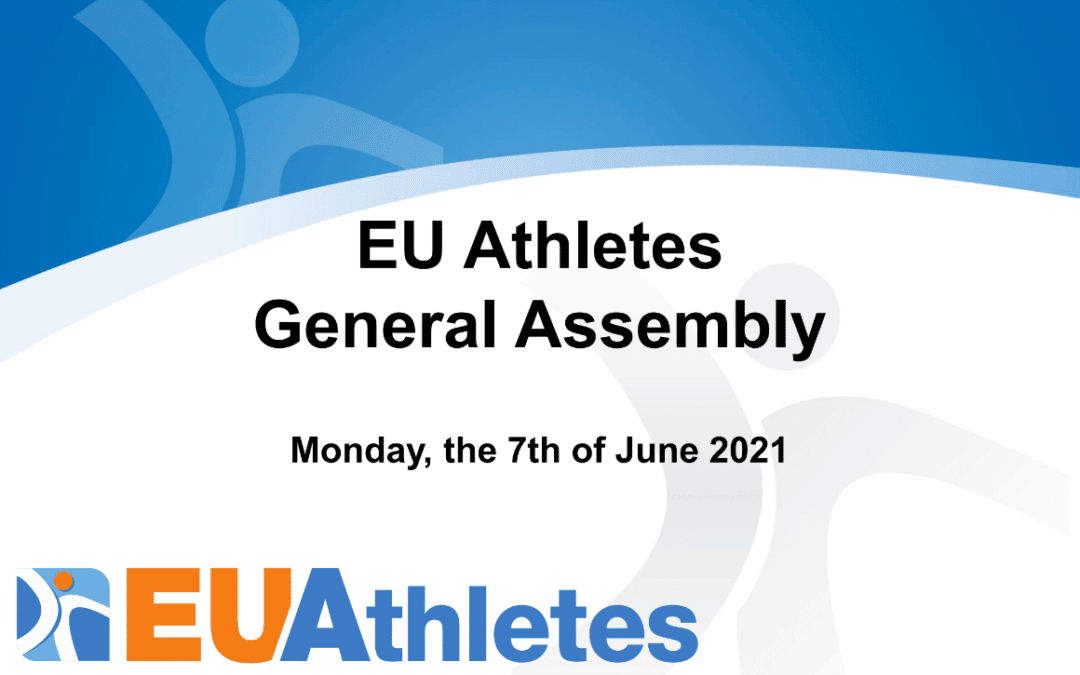 On the 7th of June, the EU Athletes General Assembly took place online due to the ongoing Covid-19 pandemic. Nearly 30 participants and representatives of player and athlete unions and associations from different sports and countries in Europe expressed their concerns for the circumstances and their hope to meet soon in person.

Despite the difficult situation for carrying on international projects and cooperation activities, the staff presented the positive results achieved by the association over the past year. In addition, Camille Delzant presented an innovative project coordinated by FNASS about professionalization of women’s sport. The General Assembly agenda also included discussions about the current review of EU Athletes Common Position Paper and the plan to furtherly research into the effects of the pandemic on players and their player unions and associations. 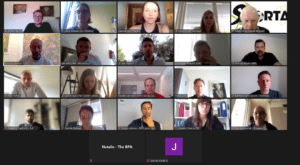 During the Assembly, members welcomed the development of a partnership between EU Athletes and FIFPro, and voted for Joachim Walltin, FIFPRO Europe General Secretary, to be part of the EU Athletes Board. Alessandro Marzoli (Giocatori Italiani Basket Associati) and Sander van der Holst (NL Sporter) were re-elected for the next terms. After contributing to EU Athletes’ work for over 12 years in different roles, Jean-François Reymond decided to not stand for re-election as the Board member. EU Athletes members and staff thanked Jeff for his valuable efforts and commitment and wished him all best best in the future. 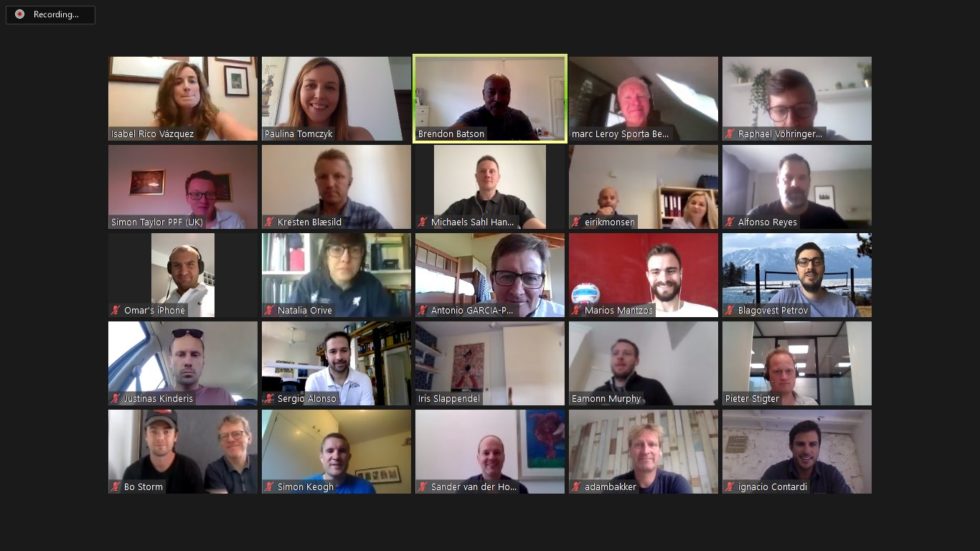 EU Athletes General Assembly, held virtually this year due to the current situation, too place yesterday and gathered over 30 representatives of player and athlete unions and associations from different countires and sports in Europe.

Exchanges between associations included a presentation and feedback on the results of a preliminary research on the impact of Covid-19 pandemic on players and players associations. The research highlighted, on the one hand, the importance of player associations and increased demand due to the current crisis and on the other hand, potential long-term issues for the athlete movement.

The participants also had an opportunity to hear from Yves Le Lostecque, Head of the Sport Unit at the European Commission, about the sport policy at the EU level and the response to Covid-19 crisis.

During the GA, Paul Flynn from Gaelic Players Association and Simon Keogh from Rugby Players Ireland from were elected to the EU Athletes Board. Camille Delzant (Union nationale des footballeurs professionnels) and Simon Taylor (Professional Players Federation) were reelected for next terms. 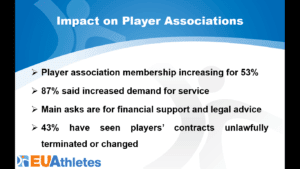 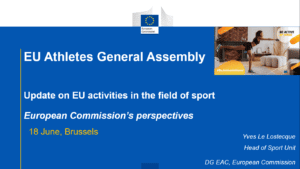 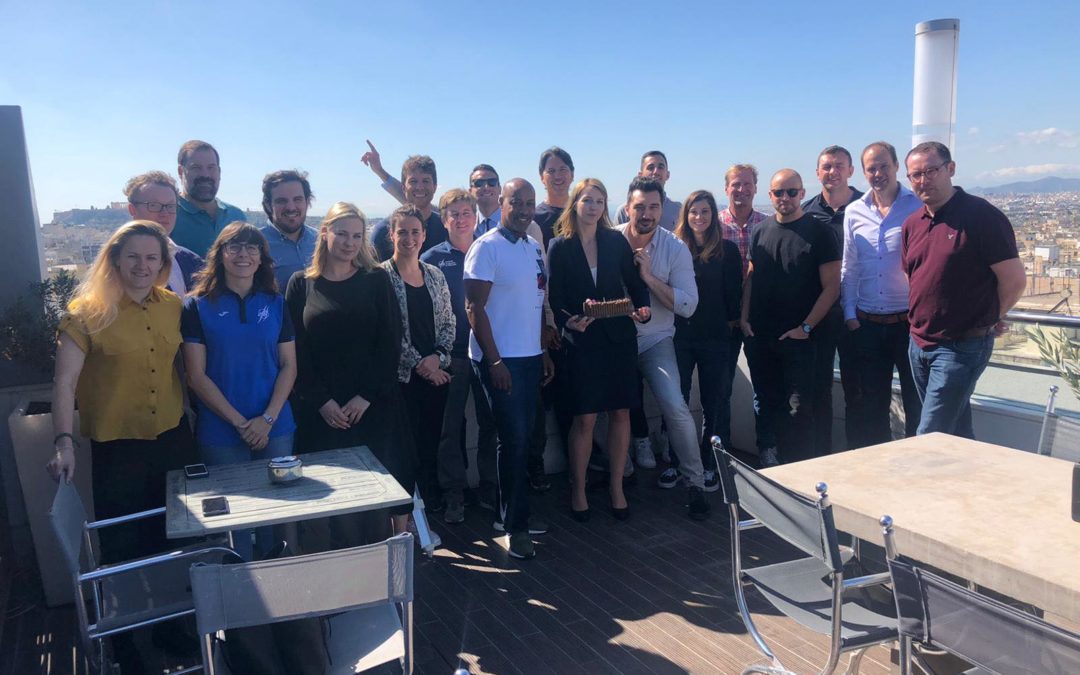 EU Athletes member associations met in Athens, Greece, on 9th of October for the annual meeting. Members and staff discussed the work and achievements of the organiazation over the last months, including Erasmus+ projects, cooperation with key stakeholders such as European Union and Council of Europe, as well as latest developments within the sport policy, including anti-doping or the Olympic Rule 40.

During the Assembly, Brendon Batson and Natalia Orive were reelected to the Board for 3 year terms. Subsequently, at the Board meeting they have been reelected as the President and Vice-President of EU Athletes respectively. 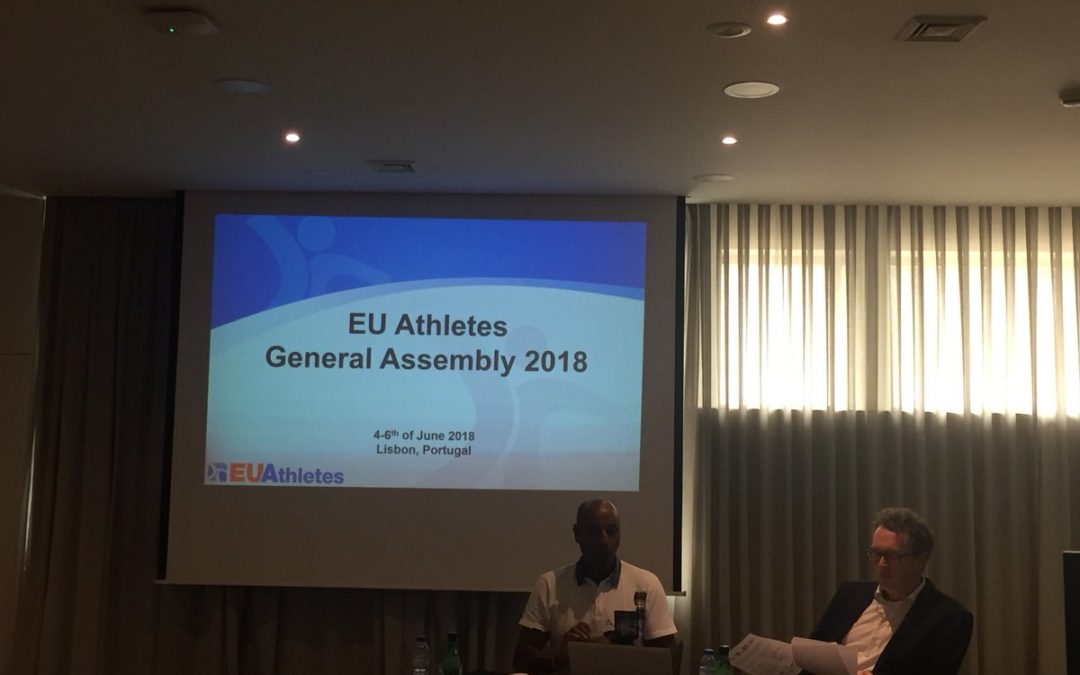 EU Athletes held its annual General Assembly in Lisbon, Portugal on 4-6th of June 2018, with over 25 member player unions and athlete associations represented. This was the first Assembly after the changes in EU Athletes leadership, with Brendon Batson as President and Paulina Tomczyk as General Secretary. This year’s Assembly focused on mental health and gender equality – two areas where the player unions play the leading role and have been behind initiatives, campaigns and every-day work that improve the situation of athletes significantly. Further part of the meeting included revision of the Common Position Paper, future Erasmus+ projects and update latest activities, including the importance of ISU case for athletes around Europe. Following the elections, Alessandro Marzoli (GIBA) has been reelected for another term as Executive Board member, alongside Sander van der Holst (NL Sporter) and Jeff Reymond (PROVALE), former General Secretary of EU Athletes. 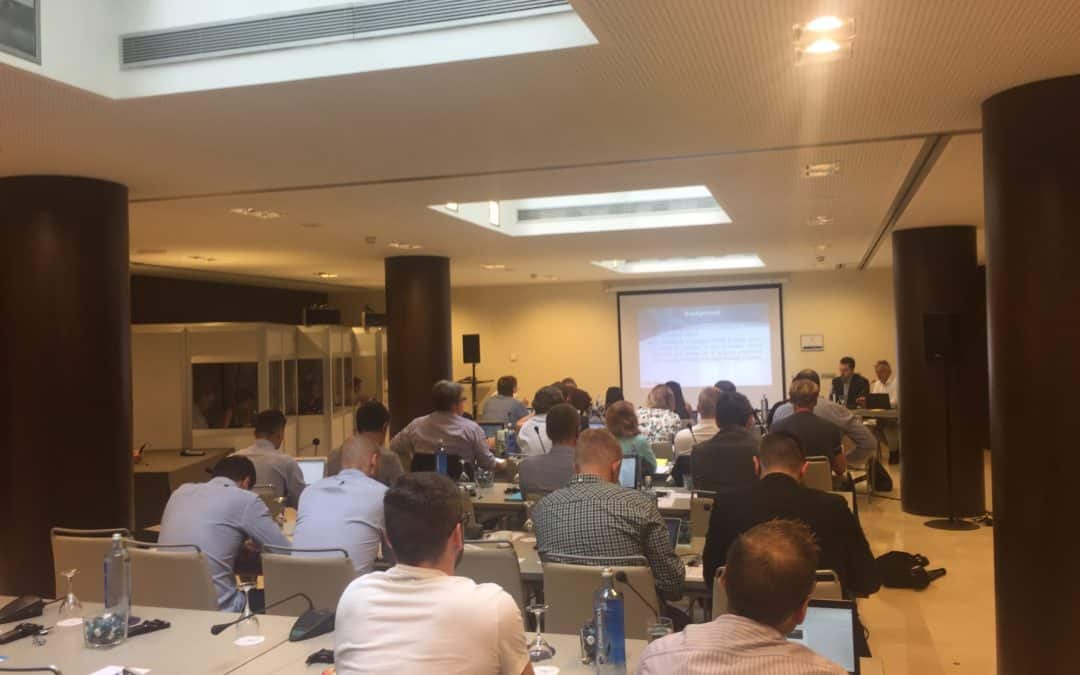 The General Assembly of EU Athletes has taken place last week in Barcelona. It was an opportunity to give an activity and financial update to the members, discuss latest development, projects and campaigns as well as the future priorities and actions.

Following the organizations efforts in gender equality and the implementation of the Erasmus+ SWAFE project, it is worth underlining that EU Athletes’ 8-members Board currently include 3 women and that 3 new female player unions has joined the organization.

Important events has marked the Assembly as Yves Kummer, who has been EU Athletes’ President since its foundation in 2010, has decided to step down. Aditionally, Jean-François Reymond, the General Secretary for the last 5 years has announced that he will be leaving his position at the end of the year, following his transfer from SNB to PROVALE, where he will become the Chief Executive of the organization. The delegates have expressed their gratitude and recognition of great work that has been done by the two organization’s leaders. The decisions regarding the future President and General Secretary of EU Athletes will be taken by the Executive Board during its next meeting at the end of October.