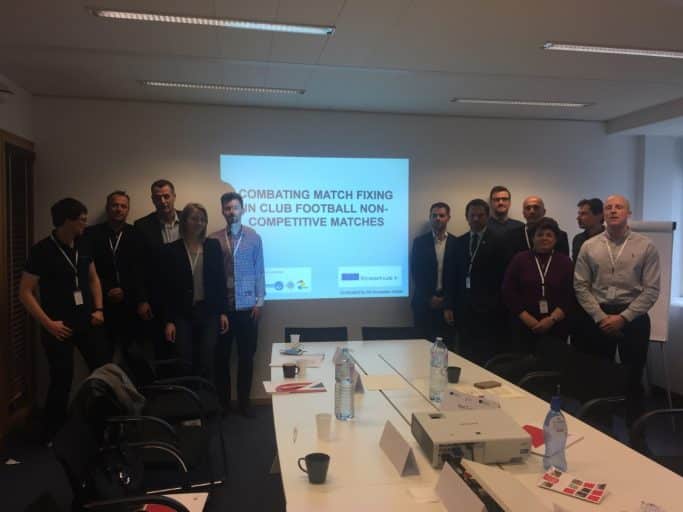 EU Athletes took part in the first steering meeting for the new project coordinated by the University of Nicosia – Combating Match Fixing in Club Football Non-Competitive Matches, at the European Office of Cyprus on Thursday, 28 March. This ongoing project is co-funded by the European Union through the Erasmus+ Program.

The project started this year and will conclude in December 2021, aiming to act upon a growing body of evidence of match-fixing in non-competitive matches at the lower level of the professional club game. There is a genuine need for the issue of fixing in non-competitive football matches to be the subject of serious analysis and for solutions in terms of governance reform and educational tools to be developed to combat the problem.

The project will address these issues by researching and investigating the level of the problem, developing governance and organizational solutions at a pan-European level and educational tools for key targets, notably players, clubs and national associations. The project will benefit other sports at a pan-European level as the findings and solutions developed for football can have significant areas in common with other sports.

EU Athletes, alongside footballers’ unions from Cyprus, Greece and Malta, will provide insight into instances of suspicious approaches of players in non-competitive matches. In addition, EU Athletes will provide support in developing educational tools to warn players and other stakeholders of the dangers posed by match fixers in non-competitive matches.