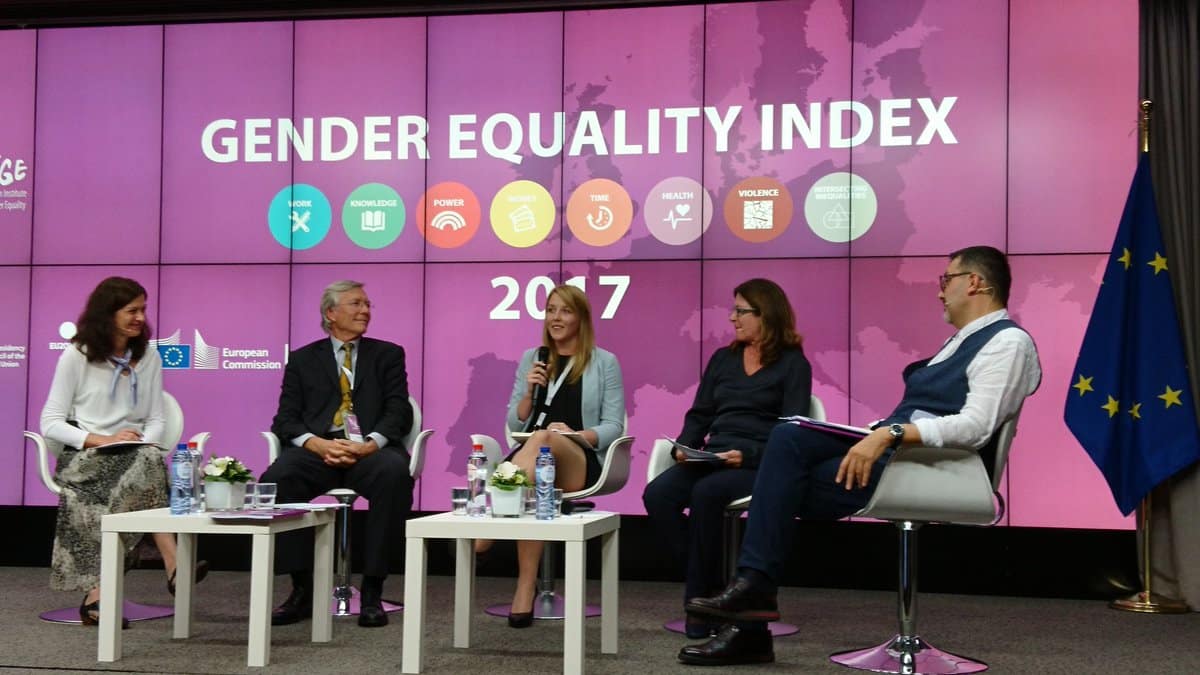 The Index included for the first time data on decision making in sport and our Policy Officer Paulina Tomczyk participated in the event to comment on the results. Across Member States, the representation of women among the top decision-making positions in sports organisations remains very low. On average in 2015, only 14% of all positions were occupied by women, ranging from 3% in Poland to 43% in Sweden.

During the discussion panel on decision making in sport, research and media, Paulina pointed out that gender equality in sport is not possible without the equal and fair treatment of elite women athletes, especially when it comes to their status, working conditions and the labour rights, including pregnancy and maternity protection. What is more, EU Athletes believes that the EU and the Member States need to be more proactive in supporting the gender equality in sport to make sure that the sport governing bodies introduces real changes in their governance.

EU Athletes considers gender equality as one of its priorities, which is also supported by our work within the Erasmus+ “Supporting Women Athletes from Europe” (SWAFE) project. We are happy to say that thanks to a real commitment to improve gender balance, we currently have three women represented on our Executive Board (38%).

More information about the Gender Equality Index 2017 and the Conference is available here.