Match-fixing is widely recognized as a major threat for today’s sport, undermining the integrity of the game. Because of organized crime involvement, it can put athletes and other individuals at serious danger. If not acted upon, it could destroy sports that we all love because of the loss of public faith that can be caused by corruption. Therefore, any action to promote and sustain the fight of this threat is paramount and beneficial for all the stakeholders in the sport sector, including player associations.

Every year since 2014, the 15th of April is the day dedicated to sport integrity. The #EUSportIntegrityDay, promoted by EU Athletes, is an occasion to show the commitment and make a stand against the against match-fixing. The initiative aimed at raising awareness consists of a social media campaign that can be supported by all stakeholders: public authorities, sports organizations, betting operators and regulators, athletes, coaches, referees, fans and all the other organizations and people who care about the integrity in sport.

This year, the campaign has seen a significant support, with the hashtag #EUSportIntegrityDay reaching over 800.000 potential impressions on social media on he 15th of April alone. Many player associations actively promoted the #EUSportIntegrityDay message, as well as organizations such as the European Commission, The United Nations Office on Drugs and Crime and the International Betting Integrity Association and many others.

For more info about the campaign, you can visit the website. 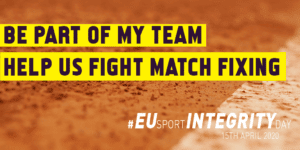 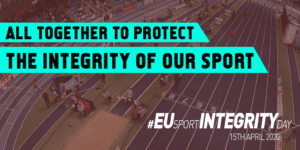 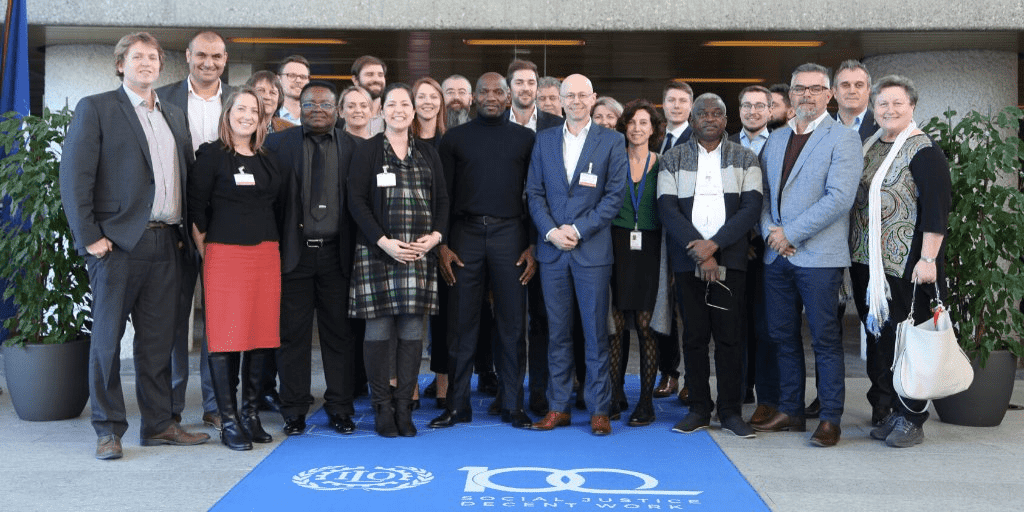 Athletes are workers and they need to have their fundamental rights protected. This is a key message from the report that includes references to key research from EU Athletes as well as FIFPro, FICA and International Rugby Players, giving an insignt into decent work challenges faced by athletes in different sports around the globe. The main findings include that professional athletes often face issues such as infufficient representation, disguised employment, discrimination, harassement, abuse, late payement of wages and unenforcable contracts as well as serious occupational health and safety risks as well as lack of effective remedy.

The report also acknowledges Universal Declaration of Players Rights (UDPR) adopted by World Players Association and its affiliates as a tool to address the labour and human rights challenges facing athletes. A core pillar of the UDPR is dedicated to labour rights which includes; the right to work, the right to organize and collectively bargain, the right to share in the economic activity of sport, the right to decent fair and just conditions and the right to physical health, mental health and social  wellbeing.

Our General Secretary Paulina Tomczyk participated in the meeting as a worker representative alonglisde EU Athletes members Paul Flynn (GPA) and Dejan Stefanovic (SSS) and a number of World Players Association affiliates, with FIFPro General Secretary Jonas Baer-Hoffman leading the delegation. ‘Protecting athletes’ rights as people and workers is the main mission of EU Athletes. The challenges that the players face when it comes to decent work demands actions at national, regional and international level and it is very promissing that the ILO decided to support a dialogue dealing with this important topic.’ she said after the meeting.

After three days of work, the Forum adopted Points of Consensus which will be taken under consideration preparing the further work and possible follow up from the social partners, governements, and other stakeholders when it comes to assuring decent work for athletes. 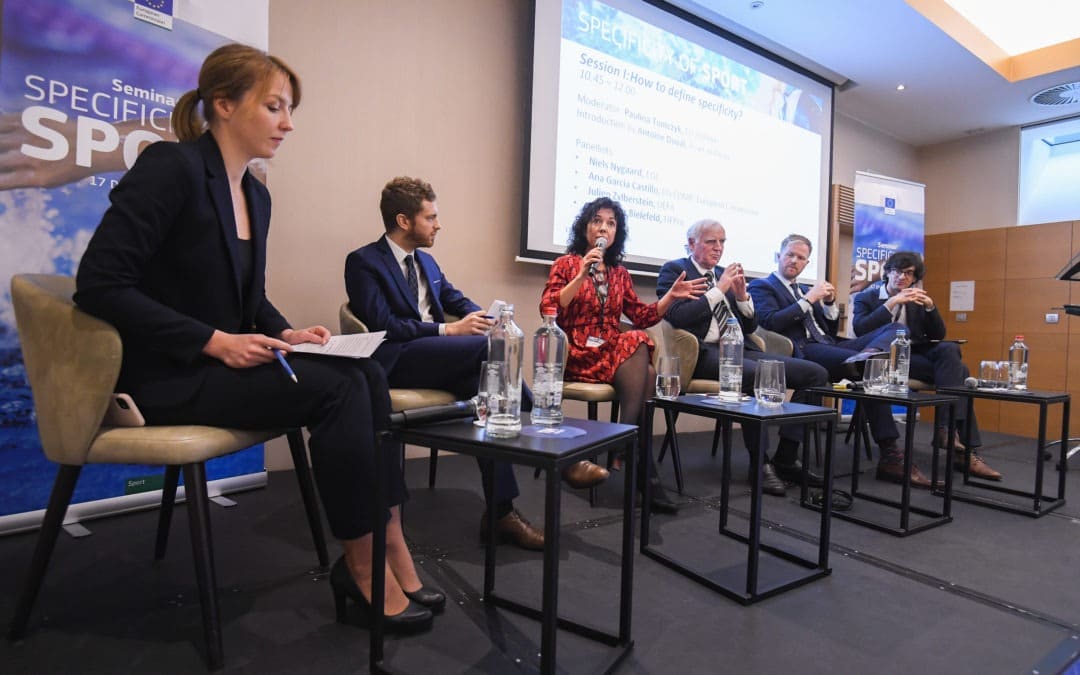 EU Athletes took part in the Seminar about “Specificity of Sport”, organized by the European Commission on the 17th of December. The productive day was organized in three different panels about the definition of specificity of sport, how national institutions are taking it into account and how should it be protected.

no need to describe this panel, better to say generally who was taking part, what kind of organizations, how many participants etc

In the first panel, which theme theme was “How to define specificity?”, EU Athletes joined the discussion with Antoine Duval (asser Institute), Niels Nygaard (Vice President of EOC), Ana Garcia Castillo (DG COMP, European Commission), Julien Zylberstein (UEFA) and Alexander Bielefeld (FIFPro). The interesting exchange of opinions from different stakeholders in the sport industry has been very stimulating and engaging, raising many questions from the audience.

EU Athletes, as representative of professional players, remarks that, whenever the principle of specificity of sport is applied, the rights and the interests of the athletes must be considered and protected in order to take fair and equal decisions for them. 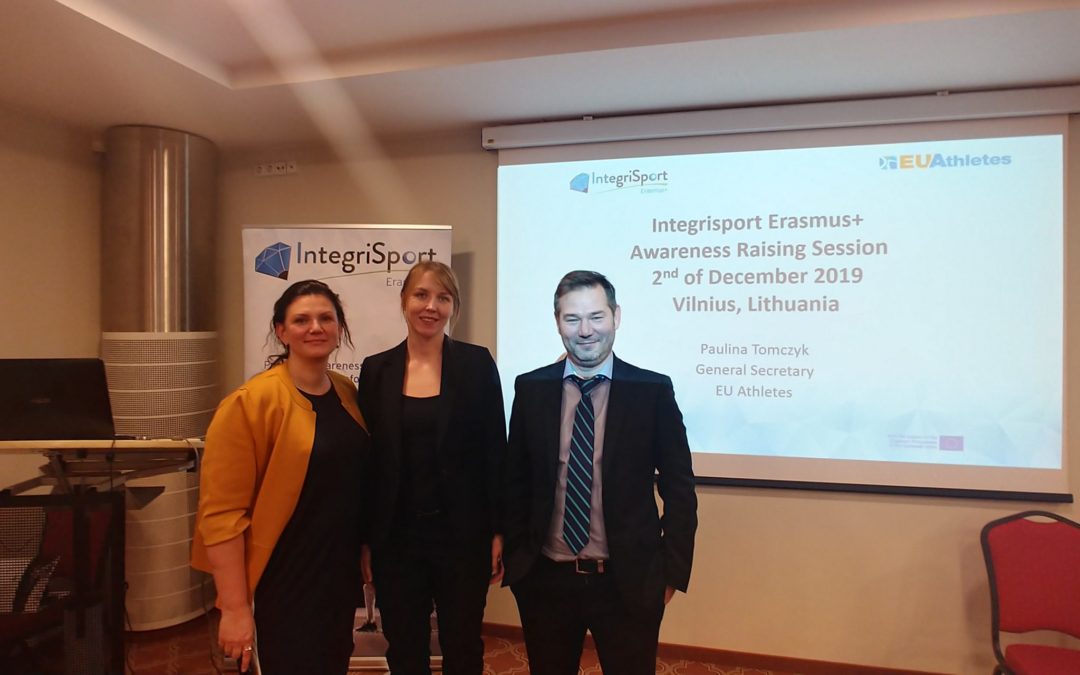 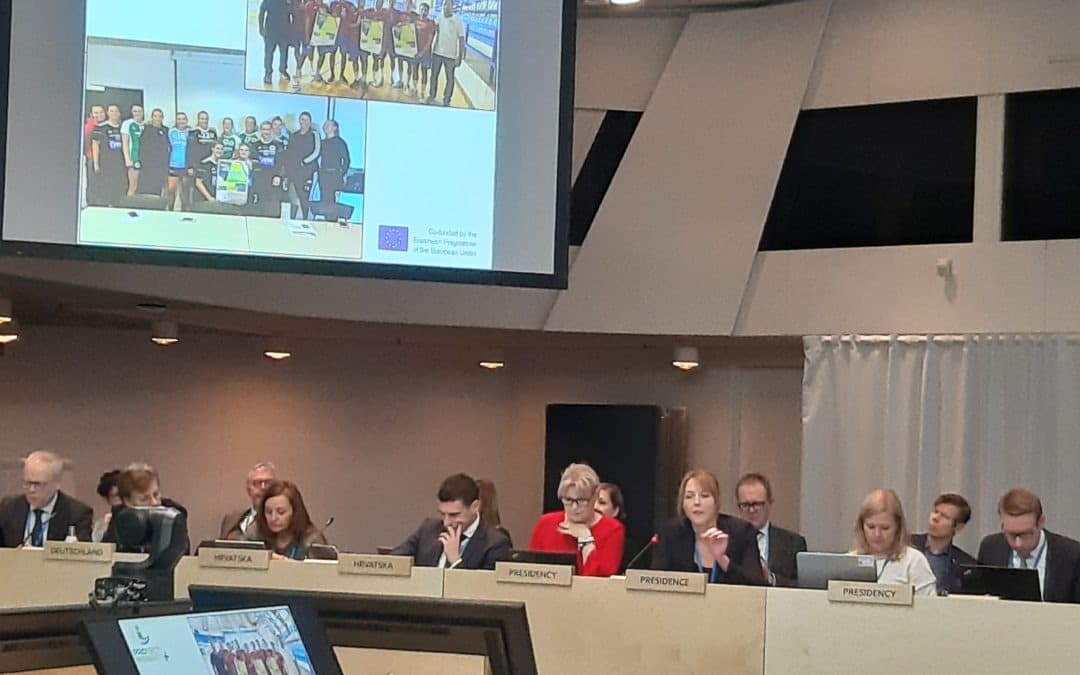