Olaberría fights for maternity rights and against discrimination 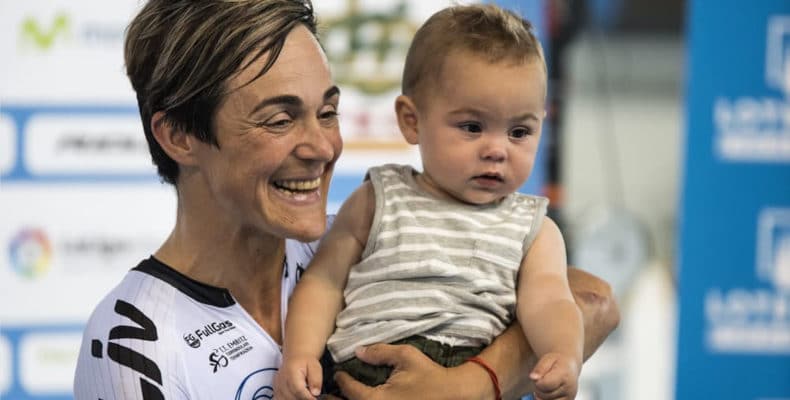 EU Athletes supports the case of Spanish cyclist Leire Olaberría, which raises important questions about the gender equality in sport, women’s rights for family and personal life and more generally, about the rights of women as athletes and as women in society. The article from The Cyclists’ Alliance:

Multi-time Spanish champion and 2008 Olympic medalist, Leire Olaberría, has challenged the alleged discrimination against her by the Spanish national cycling federation (RFEC). She has filed a complaint with Spain’s highest sporting authority, the National Sports Council, as well as an ethics complaint to the UCI, regarding her maternity rights. One of The Cyclists’ Alliance’s fundamental objectives is to uphold the rights of every woman to have a family and pursue a racing career, and we wholeheartedly support Olaberría’s actions.

Olaberría recently became a mother for the first time, and just four months after recovering from childbirth, she resumed training and competing at the elite level. However, the RFEC placed special conditions on her participation in the national track cycling program training camp, including paying the costs for travel and care of her baby, and the costs for her partner or a nanny to help with the baby’s needs. She was selected for the European Championships at the camp, but the RFEC again demanded that she pay all costs for her baby and a caregiver to travel to the Berlin event, but since she did not have enough money in reserve, she had to decline her spot on the team.

When Olaberría spoke up against these demands, the national team stated that she was in violation of team behavior and disregarded the superior authority of her team manager. Olaberría was eventually excluded from the national team altogether, despite the absence of any documentation of this alleged behavior, nor any record of a disciplinary action by the team against her. Since then, Olaberría has demonstrated that she is still among the world’s top track racers by earning a significant amount of UCI points in other international events, while competing with the help of a small team she organized around her.

The Association for Women in Professional Sport (AMDP), an organization for the advancement of all Spanish women in sport (including athletes, trainers and technicians, coaches, and journalists), has brought her case forward under the umbrella of Spain’s Equal Rights law, which also has specific provisions for the rights of women in sport. Specifically, the AMDP is asserting that the actions of the Spanish Federation are damaging Olaberría’s sporting career due to its discriminatory treatment of her. When Olaberría was asked to compete for the national team, it was because of her excellent results; but when she asked for provisions to accommodate her baby (which is her right under Spanish law), the team allegedly began to treat her unfairly.

Olaberría’s case is just beginning, but fundamentally it is about the rights of women as athletes and as women in society. The Cyclists’ Alliance will work with our partners in athlete rights, including EU Athletes and the World Players Association, to help factually and lawfully present Olaberría’s case to the appropriate sporting bodies if possible. We have already made strides with the UCI to introduce better treatment, and the Alliance will continue to press for maternity rights as a fundamental standard condition in our contracts with our teams at every level, and in every discipline, of our sport.

Motherhood should not restrict your choices and trajectory as a professional cyclist. Having a child may be a defining moment in your life, but it is not the end of your sporting career. Many women racing today have started families, and some, like former world champion Lizzie Deignan, have made their intentions clear that motherhood will make them stronger and even more determined competitors in the future.

If you have questions about your maternity rights as a cyclist and as a working professional in sport, please don’t hesitate to contact a board member of the Alliance today. We can help you to find your country’s labor and discrimination laws, and to help you understand your rights to build a family while also building a successful bicycle racing career.