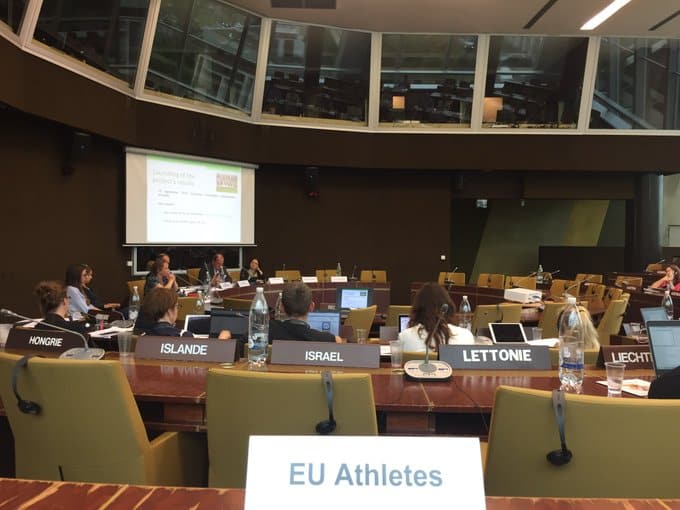 On 5th-6th of June in Strasbourg, EPAS held its annual joint meeting of the Governing Board and Consultative Committee. EPAS provides a platform for intergovernmental sports co-operation between the public authorities of its member states. It also encourages dialogue between public authorities, sports organizations and NGOs. The topics tackled during the meeting included good governance and developments of International Partnership Against Corruption in Sport (IPACS), gender equality as well as the human rights and sport. EU Athletes, who is a member of the Consultative Committee, was present to represent the voice of organized athletes on those important issues. 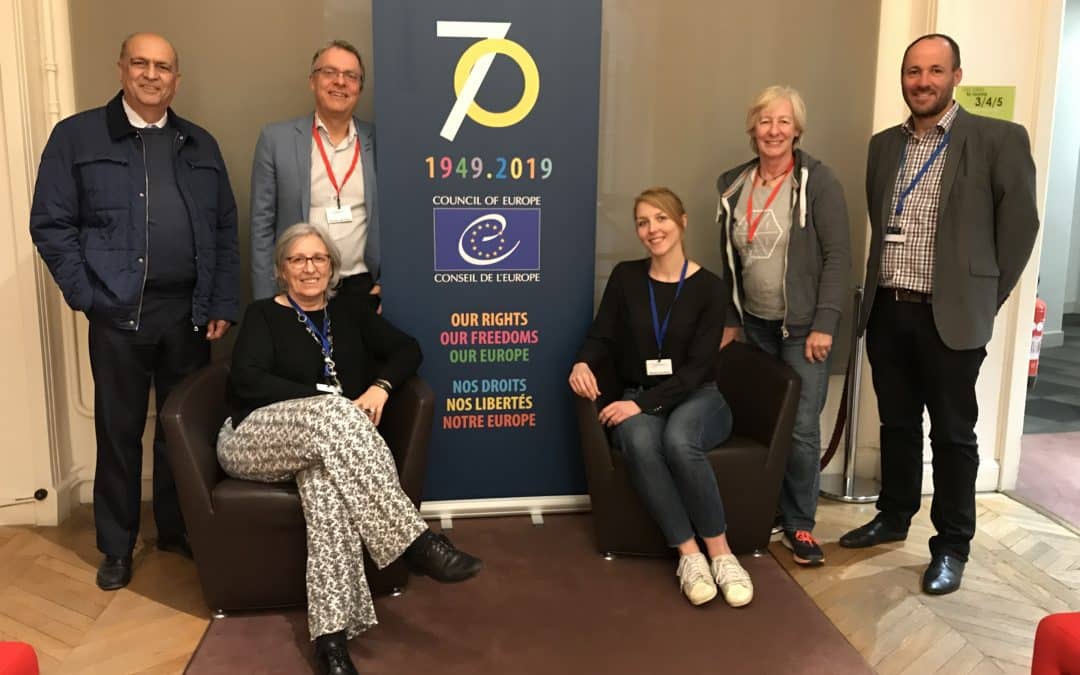 Last week, the members of the EPAS Consultative Committee Bureau, including EU Athletes General Secretary Paulina Tomczyk, met at the Council of Europe’s office in Paris. Main focus of the meeting was to prepare a plenary meeting of the CC, which will take place in Strasbourg on the 5th of June, around the joint meeting of EPAS Governing Board and Consultative Committee. Discussions also included latest developments within the sport policy matters, amending the Terms of Reference, possible process of the revision of the European Sport Charter and the new applications to the Consultative Committee. 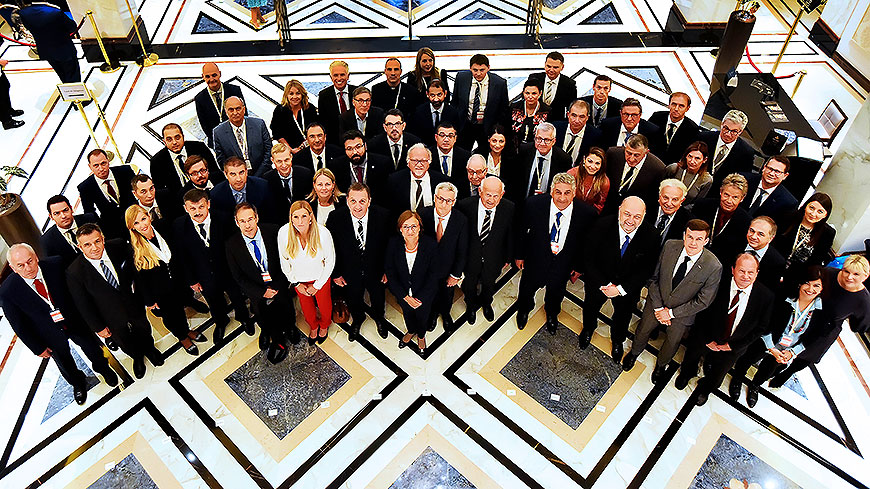 The 15th Council of Europe Conference of Ministers responsible for Sport took place on the 16th of October 2018 in Tbilisi, Georgia. The event was an opportunity to focus on main areas of interest of the Council of Europe, human rights and fight against corruption, in the framework of the activities of the Enlarged Partial Agreement on Sport.

The Ministers, officials and sport stakeholders were discussing which steps should be taken by public authorities to address human rights’ violations and what are the obstacles to a more effective fight against corruption in sport. Following the Conference, two resolutions were adopted: “Protecting Human Rights in Sport: Obligations and Shared Responsibilities” and “Fighting Corruption in Sport: Scaling Up Action”, sending a positive signal confirming that public authorities recognize their role in assuring good governance and protection of human rights in the sport sector.

Voice of organized athletes was represented by EU Athletes General Secretary Paulina Tomczyk, who has underlined the need for involvement of independent athlete organizations in delivering good governance in sport and essential place of public authorities in making sure that internationally recognized human rights are protected and respected within sport context. The focus on human rights comes timely with the recent adoption of IOC Declaration of Athlete Rights and Responsibilities, which was criticized by athlete associations as well as some national athlete bodies and NGOs.

The Conference was followed by a Joint Meeting of Council of Europe’s Parliamentary Assembly Sub-Committee on Education and Sub-Committee on Children, which focused on protection of children in sport and main topics of the Ministerial Conference, human rights and fight against corruption. Paulina Tomczyk has taken part in a panel discussion, pointing out the issues that athletes face within sporting context and the need to ensure that abuses of human rights of players, as people and workers, are properly addressed by public authorities and sport organizations.

Resolution of the EPAS Consultative Committee on the closure of UNOSDP

The Consultative Committee of the Enlarged Partial Agreement on Sport under the Council of Europe expresses its concern over the sudden closure of the United Nations Office for Sport Development & Peace, which since the beginning of the century has played an important role as catalyst, adviser and advocate for a wide global group of stakeholders committed to strengthening the role of sport in society.

Given that this decision is very recent and very little information has been given to make a balanced assessment of its impact,

The EPAS CC considers nevertheless that this decision might send a problematic message, at a point in time where the awareness about the societal role of sport is growing in general, and where in particular the UN, several governments and numerous organisations from civil society is wishing to focus on how sport can contribute to achieving the 2030 Sustainable Development Goals (SDG).

The members of the EPAS CC remain committed to the continuation of the work and initiatives developed by UNOSDP and encourage future policies to be defined through a wide collaborative effort among stakeholders in upholding and protecting the role of sport in society.

On behalf of the Consultative Committee, gathered in Limassol, Cyprus, 9 May 2017

The Consultative Committee comprises 25 international NGO’s and institutions in the sports field. As a partnership body, it provides advice for the 38 countries that are members of the Enlarged Partial Agreement on Sport under the Council of Europe.

EPAS provides a platform for intergovernmental sports co-operation between the public authorities of its member states. It also encourages dialogue between public authorities, sports federations and NGOs. This contributes to better governance, with the aim of making sport healthier and fairer and ensuring that it conforms to high ethical standards.