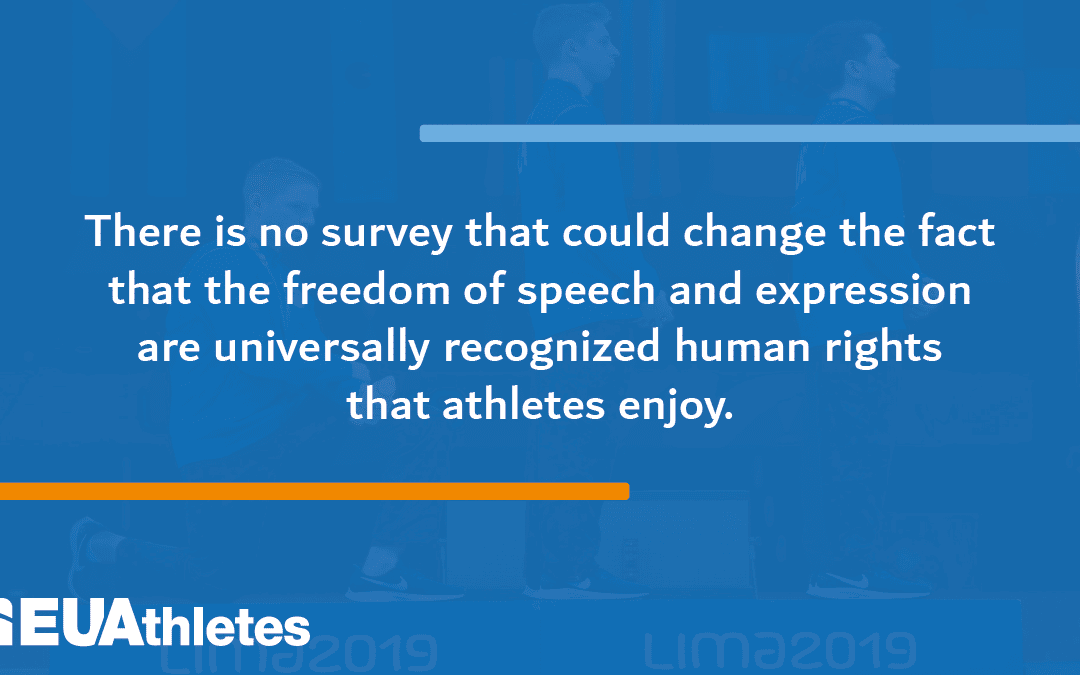 Statement on Rule 50 of the Olympic Charter

EU Athletes has noted the report and recommendations from the International Olympic Committee (IOC) Athletes Commission which were approved by the IOC Executive Board on the 21st of April 2021. We are deeply concerned by the decision taken by the IOC and believe that the consultation process and the rule 50 itself are not compatible with the human rights of athletes.

By restricting its consultation to the Athletes Committees and Commissions, the IOC Athlete Commission disregarded the voices of thousands of athletes being represented by the independent unions and associations, as well as their human rights such as freedom of association and the right to organize. Regardless of numerous issues related to the methodology of the IOC AC consultation, there is no survey that could change the fact that freedom of speech and expression are universally recognized human rights that athletes enjoy.

The IOC’s approach to freedom of speech and expression consists of an attempt to restrict, redefine and control the way that the athletes exercise their fundamental human right. Threatening to sanction athletes who peacefully protest on issues such as racism is not only inconsistent with human rights, but also goes against the values that the IOC claims to support.

The idea that a sport organization can restrict or redefine the human rights of athletes is simply unacceptable. These rights, including the right to protest, are recognized and guaranteed by national constitutions and international human rights instruments. We are calling on governments, international organizations, and sport stakeholders to encourage the IOC to amend rule 50 and allow peaceful demonstrations on issues that are important to athletes and wider society.

EU Athletes continues to work to ensure that the athletes we represent enjoy the same fundamental rights as any other European citizen. We are committed to working with our members and the player association movement to support athletes who wish to peacefully protest or demonstrate on issues such as human rights or social justice, in whatever way they choose. 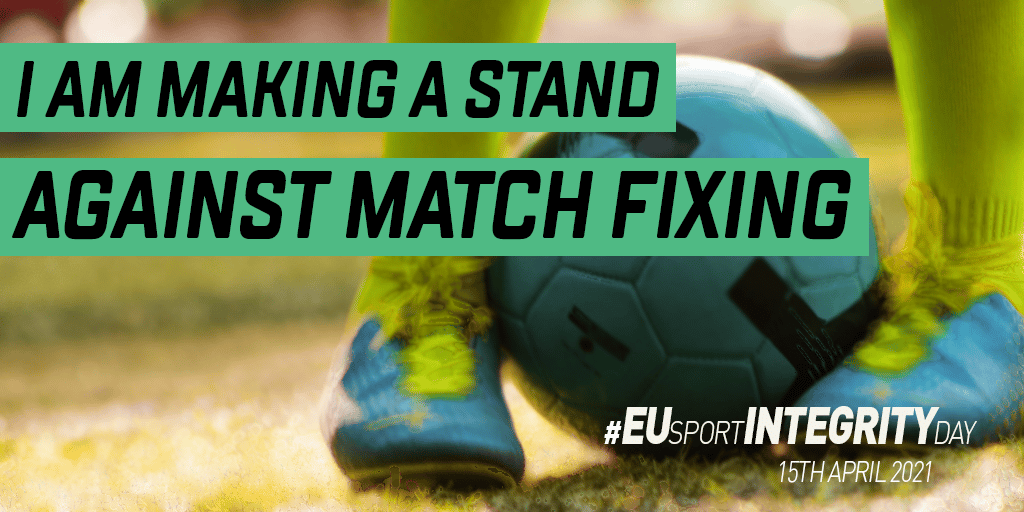 #EUSportIntegrityDay to demonstrate our commitment to fight against match fixing

Every year since 2014, the 15th of April is an opportunity to show the commitment and make a stand against match-fixing. This awareness raising initiative consists of a social media campaign that can be supported by all stakeholders: public authorities, sports organizations, betting operators and regulators, athletes, coaches, referees, fans and other organizations and people who care about the integrity in sport.

Match-fixing is widely recognized as a major threat for today’s sport, undermining the integrity of the game. Because of organized crime involvement, it can put athletes and other individuals at serious danger. If not acted upon, the corruption could lead to loss of public faith and ultimately destroy sports that we all love. Considering the complexity and gravity of the problem, it requires commitment, cooperation and coordination between different stakeholders and an active involvement of athletes and their associations.

For Paulina Tomczyk, the General Secretary of EU Athletes: ‘With the ongoing impact of the Covid-19 on sport and the increased risks for organized crime involvement and sport corruption, the continuous focus on the integrity of sport is crucial. Athlete associations want to be a part of the solution, and I am happy to see the campaign develop and grow, with more stakeholders showing their support every year’.

This year, the #EUSportIntegrityDay campaign has seen a significant support. Its has been promoted by player and athlete associations alongside several public and private stakeholders in the fight against match fixing, including the European Commission, Sports Group of the European Parliament and Interpol.

For more information  about the campaign, you can visit the website. 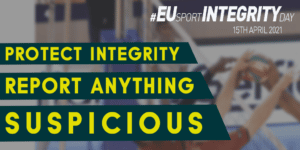 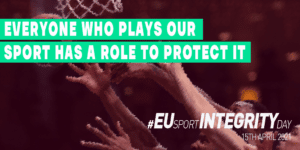 U Athletes shares serious concerns expressed by the international community regarding the situation in Belarus. We stand in solidarity with nearly 700 athletes and other persons from Belarusian sport who have called for, among others, new elections, end to police violence and assistance to all victims of illegal actions of the regime in their open letter[1]. The Free Union of Athletes has become a source of inspiration for the protests, despite the risks for their professional and personal situation and safety.

As the protests continue, participants are reportedly being arbitrarily detained by the police and subject to torture and other ill-treatment. Top basketball player Yelena Leuchanka was arrested at Minsk airport on 30th of September, while trying to leave the country for a scheduled medical treatment. She was sentenced for 15-day prison sentence, for violating an administrative code regarding the organization and holding of mass events.

We condemn the arbitrary and violent treatment of the protesters and using any other type of pressure or repressions, including sporting and economic, against the Belarusian athletes. We are dedicated to protecting and promoting the rights of all athletes in Europe and we are following this matter while cooperating with international player associations movement and human rights experts.

EU Athletes calls upon international organizations, governments the Olympic movement and sport organizations to demand and do everything in their power to assure: