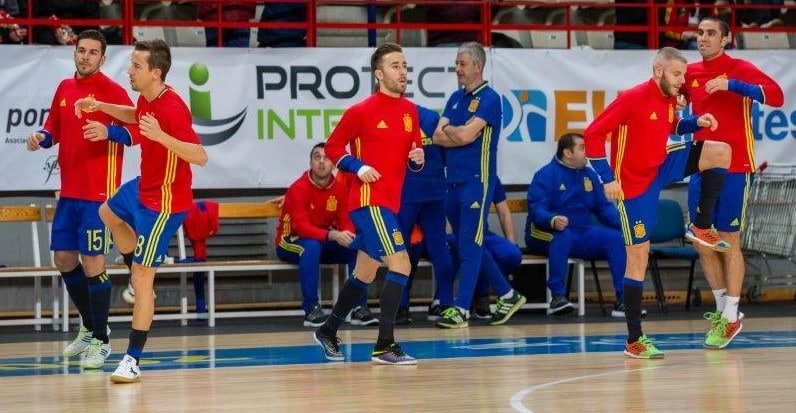 EU Athletes members: AJFS and AJFSF have undertaken a great initiative promoting #PROtectIntegity around the friendly match between the national futsal teams of Spain and Poland.

On the 25th of January 2016 in Madrid, Spain the AJFS(Spanish Indoor Football Players Association)and the Real Federacion Espanola de Futbol organized an international friendly match between the national teams of futsal of Spain and Poland. For the Spanish team, who won 9:2 (5:2), this game was the last test before the UEFA Euro Futsal 2016 that is currently taking place in Serbia.

The main game was preceded by a game between former futsal players from AJFS and professional female futsal players from AJFSF (Spanish Female Indoor Football Players Association). Both players associations are EU Athletes’ members, actively carrying out the#PROtectIntegrity campaign and have seized the opportunity for raising awareness around the problem of match-fixing.