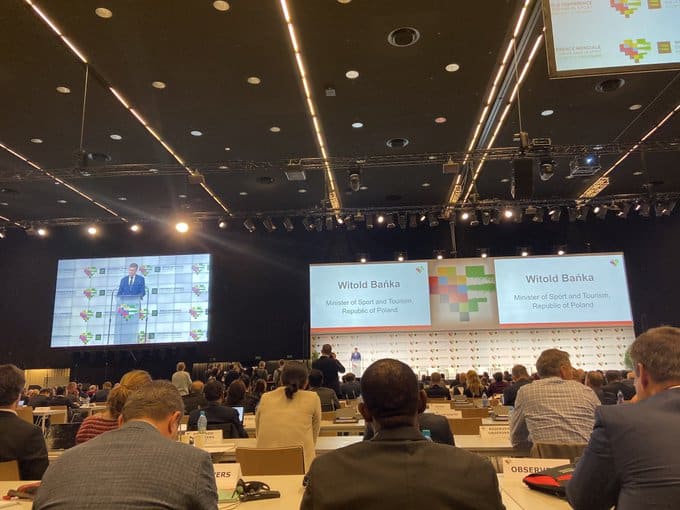 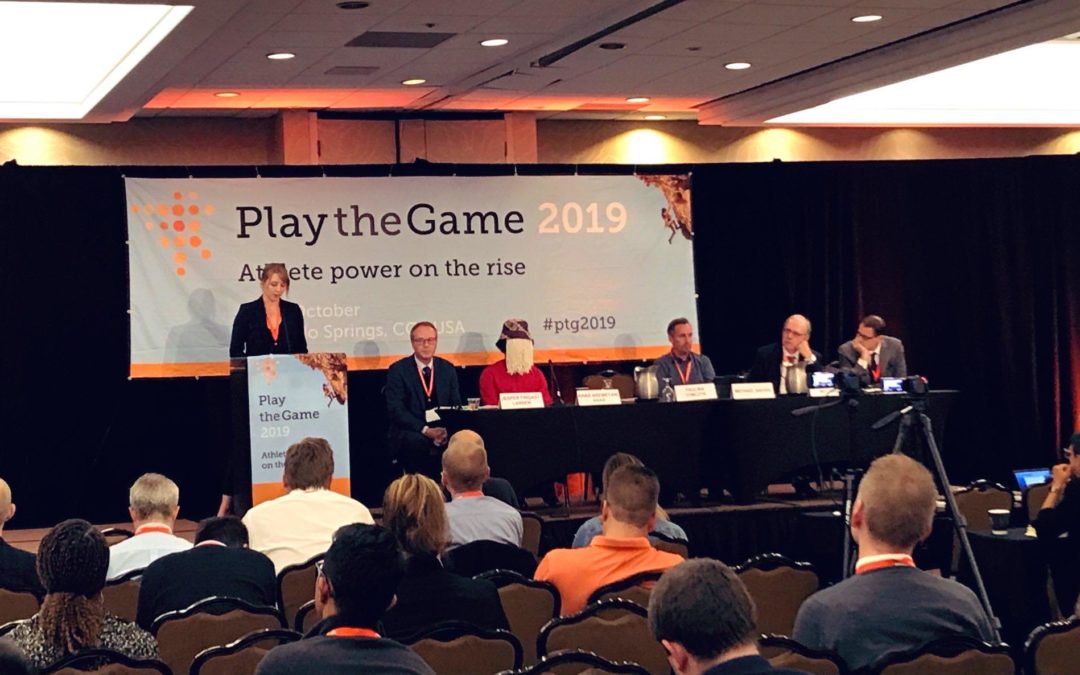 Play the Game 2019 in Colorado Springs

For the first time hosted outside Europe, Play the Game took place in Colorado Springs 13-16th of October 2019. With over 300 participants, the Conference provided a venue for inspiring debates on the most topical themes in the world of sport with the conference’s main theme: Athlete power on the rise. Play the Game 2019 also took on classic themes like doping, whistleblowing, match-fixing, corruption, but also one of the most discussed topics in the U.S., elite sport and college education, will be at centre stage during the conference.

The host city of Play the Game 2019 has a prominent position in U.S. sport and is also an Olympic City USA. The city also hosts the main Olympic and Paralympic Training Center along with over 25 national sports federations plus the U.S. Anti-Doping Agency and United States Olympic Committee.

For Paulina Tomczyk, EU Athletes General Secretary who was involved in the organization of the Conference as a member of Programme Committee: ‘Athletes are increasingly standing up for their rights and want to work in partnership with sport to develop in a way which will benefit all stakeholders. Athletes’ power is an essential factor to go forward and as the representative of independent player unions and associations, I am happy to share the model that have already been a part of such positive developments in many professional and elite level sports.’

More information on the event can be found on the website. Videos from conference sessions are available on Play the Game YouTube channel. 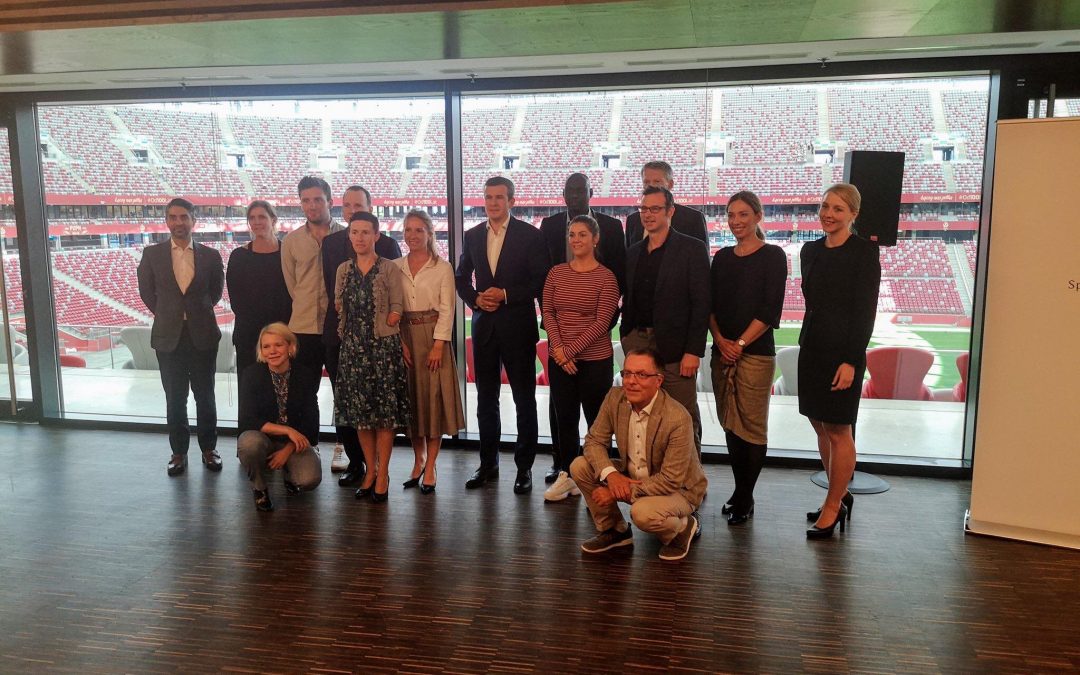 Round table on athletes’ involvement in anti-doping

Last week a meeting was organized in Warsaw, Poland, from the initiative of the future WADA President Witold Banka, to discuss athletes involvement in anti-doping. EU Athletes was invited alongside different athletes commissions and committees and was able to present the common views of our member player unions and athlete associations from around Europe. Our General Secretary Paulina Tomczyk underlined the right of athletes to be represented by their independent and democratic organizations as well as the need for a fair, proportionate and effective anti-doping which also respect the human rights of athletes. This initial discussion will be continued during the next meetings planned in Katowice, Poland in November 2019 and Lausanne, Switzerland. 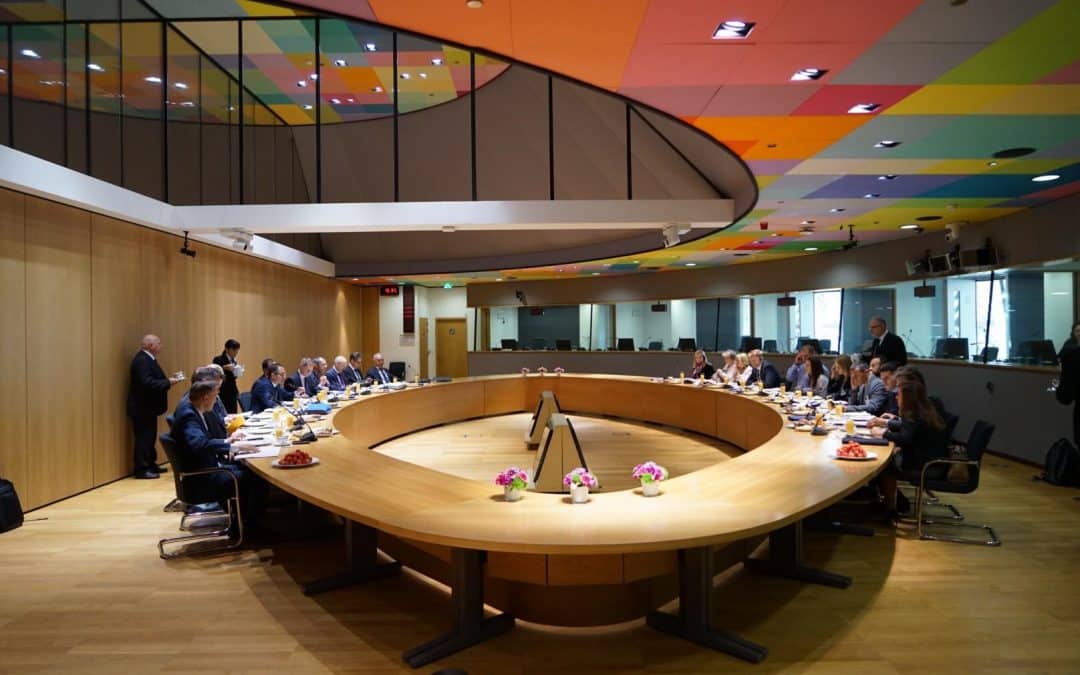 EU Council event ‘Listening to the voice of athletes’

On the 23rd of May, Romanian Presidency has put forward the topic of athlete voice for a breakfast event in the Council of the EU. The event gathered athletes’ representatives as well as the political representatives of Austria, Romania, Finland, Croatia and the European Commission, including Commissioner Navracsics.

The meeting was an opportunity for EU Athletes’ General Secretary Paulina Tomczyk to exchange with the European institutions and EU Member States and represent the voice of organized athletes in Europe. During the discussion, different issues related to athletes’ rights and interests have been highlighted, including athletes working conditions, dual career, athlete representation and social dialogue. 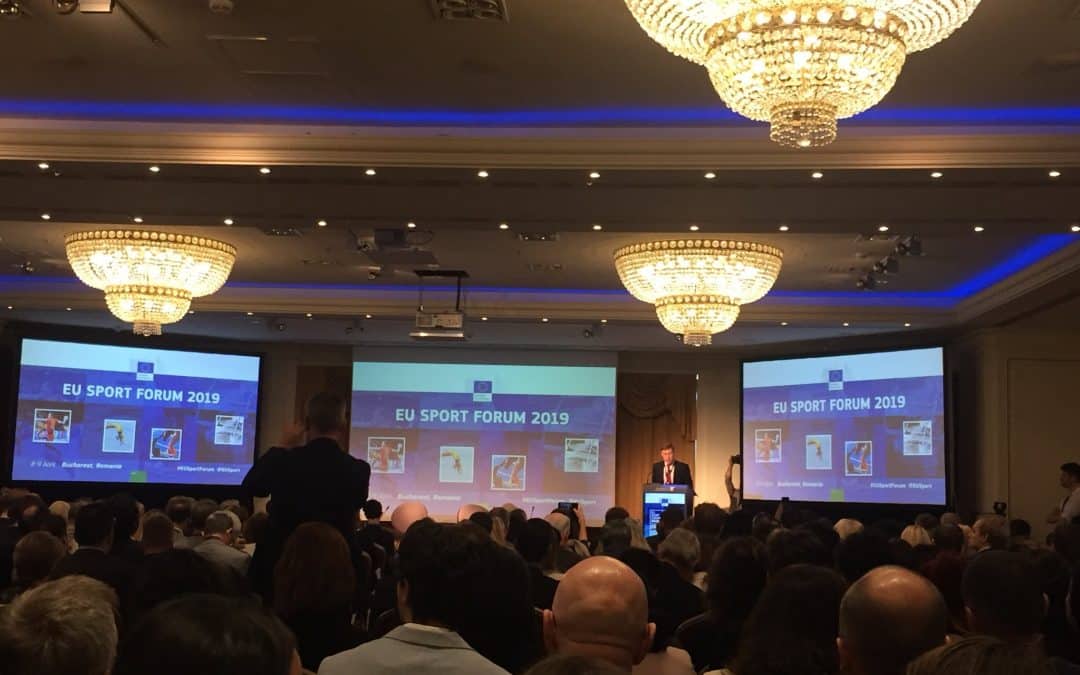 EU Athletes took part in the 2019, EU Sport Forum on 8-9th of April in Bucharest, Romania. The EU Sport Forum provided the platform for structured dialogue between the European Commission and various sport stakeholders from across Europe. The Forum’s main objective was to take stoke of progress achieved in implementing the EU agenda for sport and to seek stakeholder’s views on current and planned/possible future activities.

The Forum supplied interesting panel discussions with various stakeholders from across the sporting community who offered their expertise on current topics surrounding sport in Europe. There were particularly interesting topics for EU Athletes and its members on doping in sport, the rights of athletes, the role of federations in promotion of European sport, and justice in sport amongst various other topics.

For the first time at the EU Sport Forum the topic of athletes’ rights was granted a panel session, ‘Are the rights and interests of athletes sufficiently taken into account by sport governing bodies?’. This Panel, which EU Athletes own Paulina Tomczyk had the opportunity to be a part of, along with other player associations FIFPro Europe (represented by Jonas Baer-Hoffmann, Secretary General) and the NHLPA (represented by Sandra Monteiro, Chief of Global Business Strategies) provided interesting dialogue and discussion into the rights and protection of athletes. Some of the topics discussed during this session covered the labour rights of athletes, social dialogue and athlete representation as a whole. 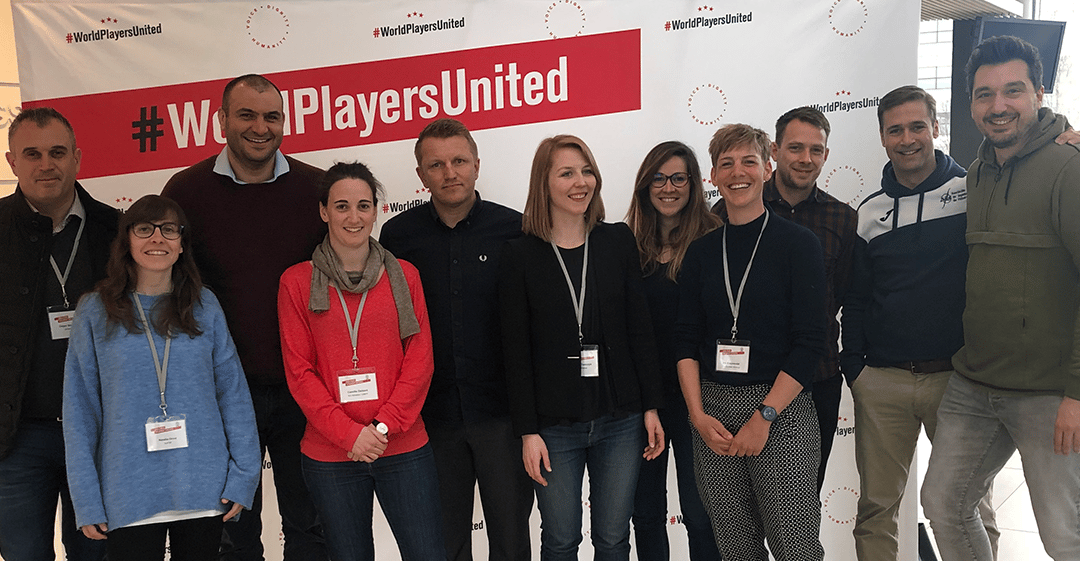 The third edition of the World Players Association – World Player Development Conference was hosted by FIFPro in Hoofddorp, The Netherlands from 2 – 4 April 2019.

The conference brought together more than 100 of the world’s leading player development professionals and player association executives from 47 countries and more than 13 different sports to learn from internationally recognized experts. A number of EU Athletes member associations participated in the event, allowing them to exchange views and experiences with other player associations’ representatives from around the World.

This conference was a unique opportunity to share the work done in Europe on player development and dual career support for professional players and elite athletes.

“Our members at EU Athletes are at the front line when it comes to developing programs to support players on dual career issues. We have great examples in many countries including Ireland, UK, Spain or Sweden. This conference allowed everyone to share their own experience and to also collect lots of information to improve their own program. We are now looking forward to the next conference in two years”.

The conference also highlighted the importance of such a forum for player associations:

“The amount of work that is being done in different countries and sports the field of player development is simply amazing and fascinating. It goes from induction seminars to face-to-face education programs or mental health support for players. We are all gaining a lot from a gathering like this one. We then can all go back to our association and evaluate what works and what can be improved. It’s really beneficial”